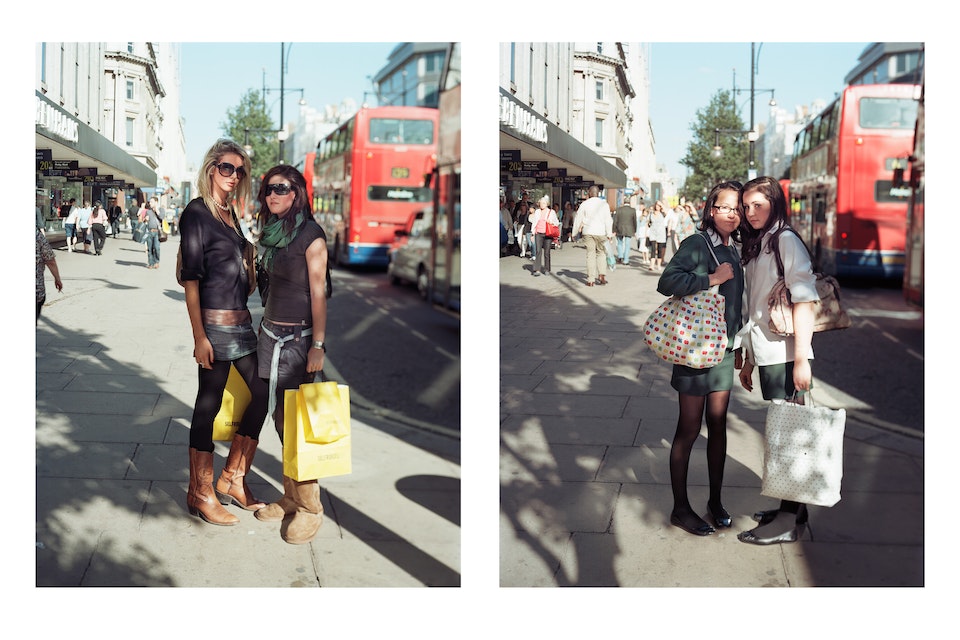 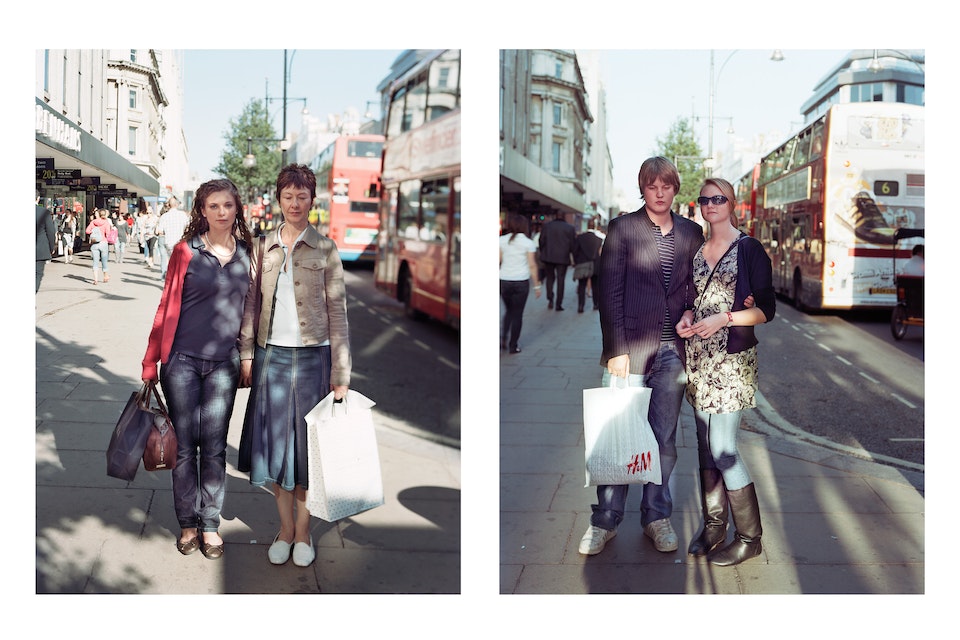 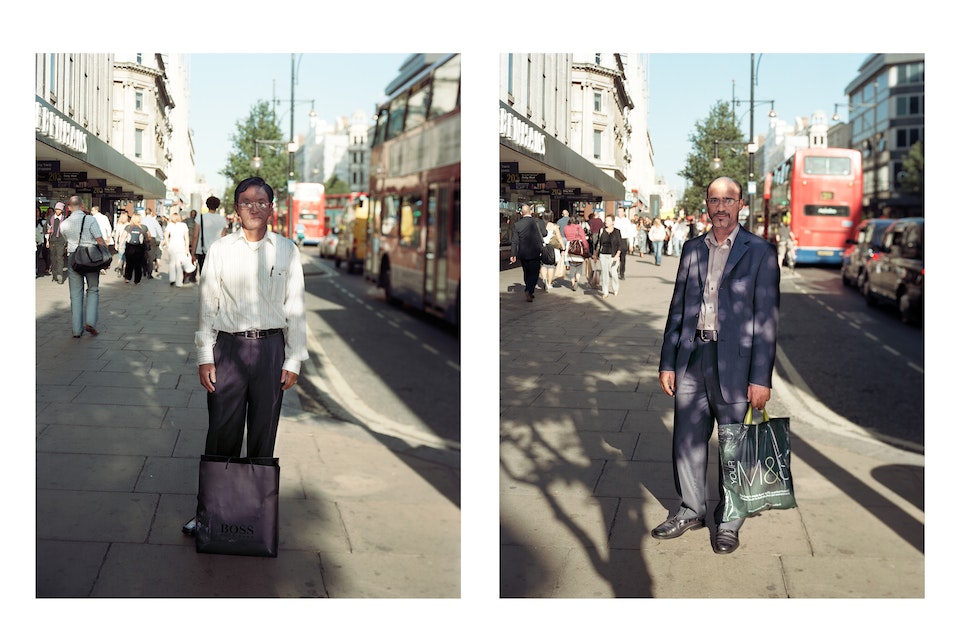 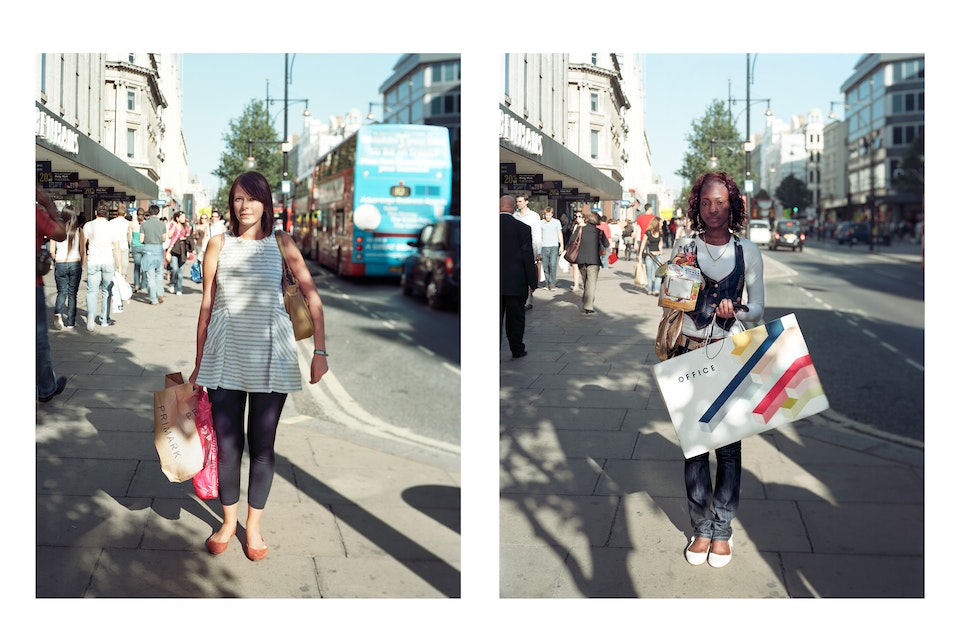 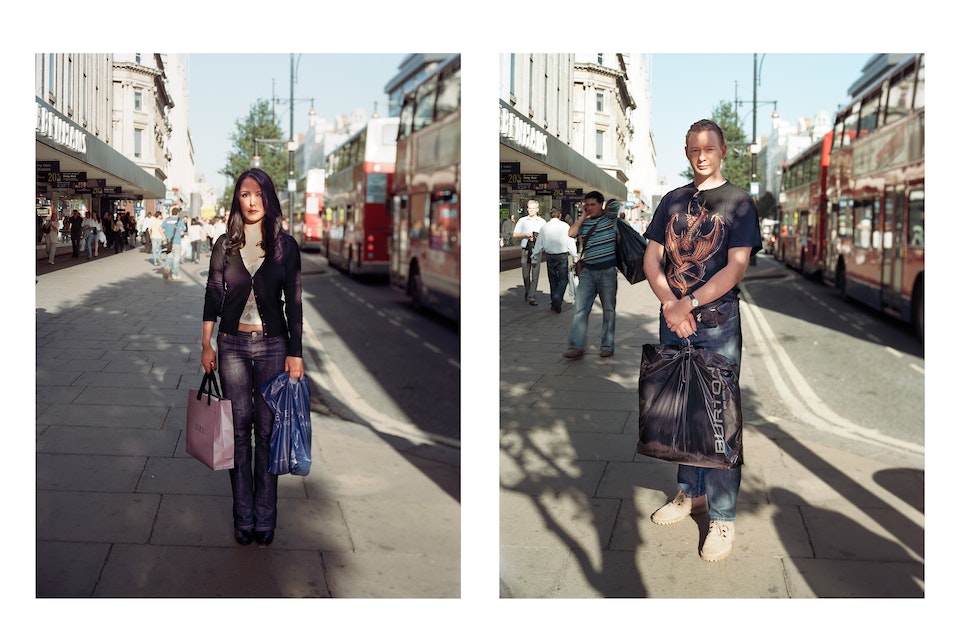 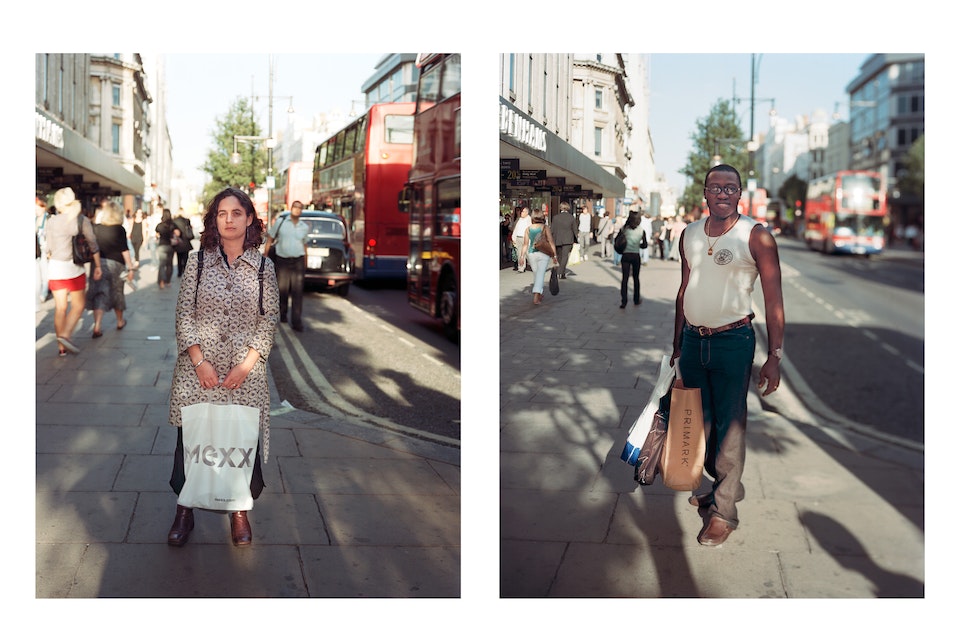 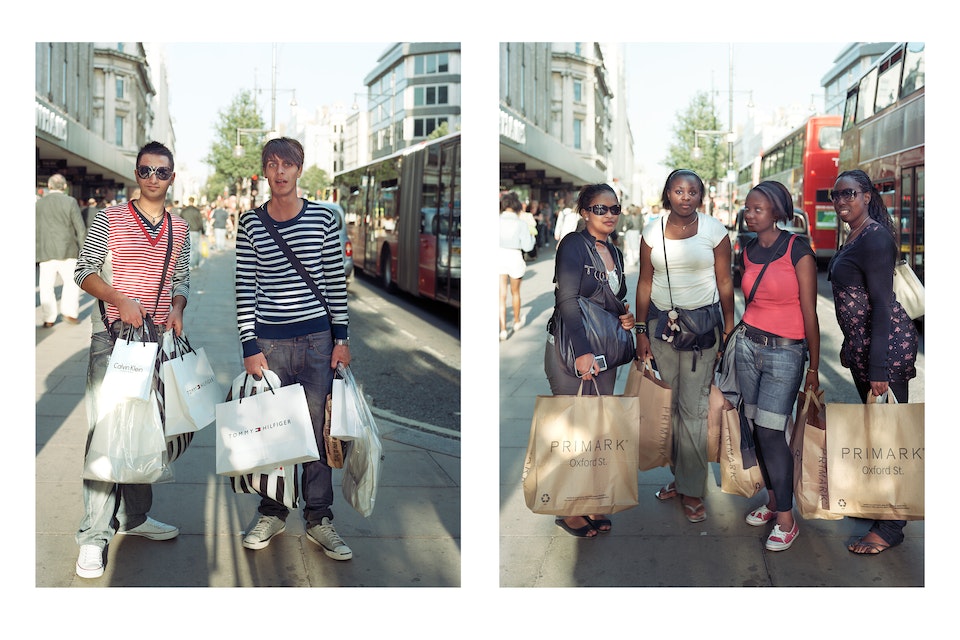 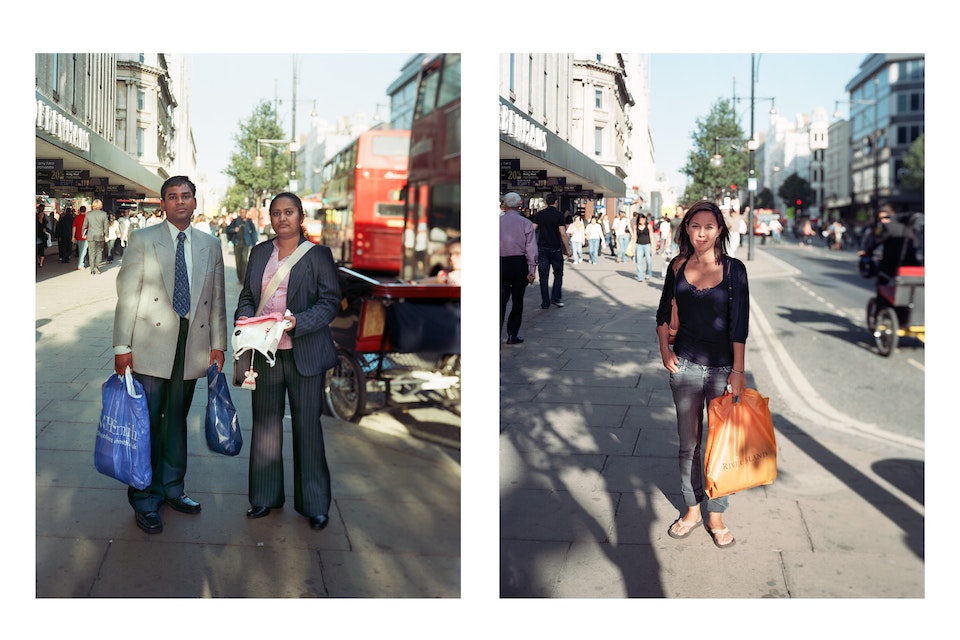 These diptych portraits show people stopped during their shopping trips to Oxford Street in central London. Each sitter was asked to pose for my 4x5" field camera that was set-up on the pavement. They were invited to pose as they wished, the only stipulation that they stand with their shopping bags.

Oxford Street is at the heart of London's commercial West End. It's one of Britain's most notable and frequented retail locations and boasts many large department stores. Wikipedia bills it as "Europe's busiest shopping street, with around half a million daily visitors."